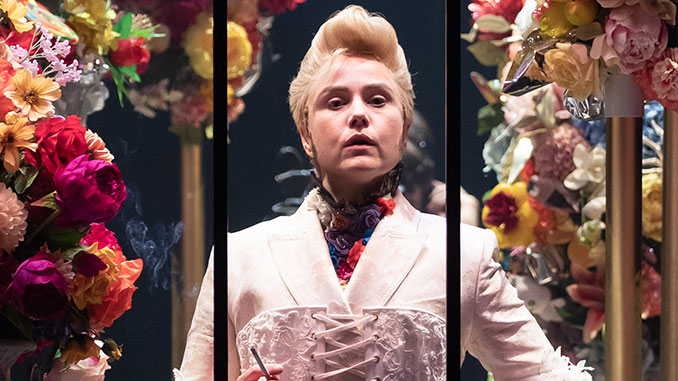 The Melbourne season of Sydney Theatre Company’s smash-hit The Picture of Dorian Gray has been extended due to overwhelming demand, with tickets now on sale for final shows through to Sunday 7 August.

The added dates signal the last chance for Australian audiences to witness this theatrical masterpiece at home before it tours to Broadway and beyond.

“The incredible response in Melbourne is testament to just how innovative, impressive and impactful this feat of Australian theatre truly is.” said Producer Michael Cassel.

“I’m delighted we can give Melburnians even more opportunity to experience director Kip Williams’s extraordinary vision and Eryn Jean Norvill’s powerhouse performance before we share the show with international audiences”.

Australian Arts Review said “Every element of The Picture of Dorian Gray is glittering and exceptional theatre, but all are there to support Eryn Jean Norvill. She plays 26 characters…”

An adaption of Oscar Wilde’s only novel, STC’s Artistic Director Kip Williams has transformed this timeless text into a breathtaking one-person show, made possible by an intricately choreographed technical crew.

Bringing to life a dizzying 26 characters in an astonishing performance by Eryn Jean Norvill, joined in Melbourne by alternate performer Nikki Shiels, this century-old moral fable has striking resonance in our 21st century reality.

Making a Faustian wish for eternal youth after seeing himself in a dazzling new portrait, the exquisite young Dorian Gray throws himself into a life of wanton luxury.

Drifting from the pampered salons of Victorian London to the darkest recesses of the capital, Dorian revels in his forever golden beauty, while his portrait becomes more grotesque as it bears the burdens of his excesses.