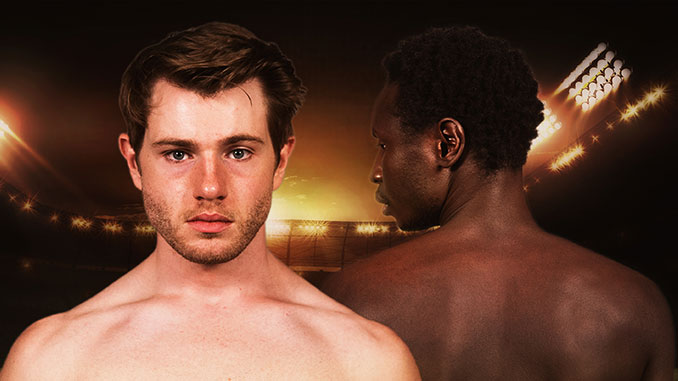 Seymour Centre and Fixed Foot Productions will present the Australian premiere of John Donnelly’s The Pass, playing as part of the 2021 Seymour Season and Sydney Gay and Lesbian Mardi Gras from 11 February to 6 March.

“Our 2021 season is all about presenting outstanding plays that are both provocative and highly entertaining,” said Tim Jones, Artistic Director Seymour Centre. “The Pass is just that: a witty, powerful and very moving account of the difficulties some elite sports people still face when reconciling their personal lives with their professional careers.”

Jason and Ade have been in the academy of a famous English football club since they were eight years old. It’s the night before the game that will change their lives forever – their debut Champions League match.

Full of nervous energy, they skip, fight, joke, tease each other… until something passes between them. One moment that will reverberate through the next ten years of their lives – a decade of fame and failure, of secrets and lies – in the high-stakes world of professional sport where image is everything.

A hit at the Royal Court Theatre in London and later adapted into a BAFTA-nominated feature film, The Pass deftly explores the corrosiveness of high-end celebrity culture and the consequences of toxic masculinity.

It shines a light on the prejudice that still runs rampant in the world of elite sport, and as Jason and Ade navigate this world for themselves, it powerfully illustrates the cost of repressing your identity, and asks what’s lost when you win.

“John Donnelly has created a thrilling and provocative play for today – The Pass is a wild, unpredictable and riveting ride and I am thrilled to be directing the Australian premiere production,” said Ed Wightman.

“John Donnelly’s acerbically witty and horribly gripping new play tackles the topical subject of the homophobia that seems to be entrenched in the culture of football.” – INDEPENDENT