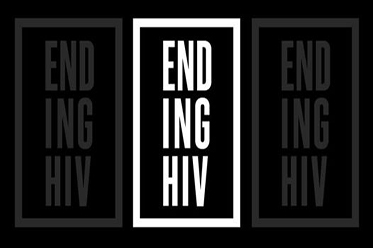 The Victorian AIDS Council (VAC) has emphasised the importance of testing as new HIV notification figures indicate that underlying HIV rates are being diagnosed through increased testing.

Last year, 303 Victorians were diagnosed with HIV. This represents a 16 percent increase in notifications from 2012, when an 6 percent decrease was recorded. Whilst the rate of notifications in gay or MSM has remained stable over time, the rate in men who report male-to-male sex AND injecting drug use has increased.

The availability of free rapid HIV testing at both PRONTO!, our free community-based peer service, and in privately run, high case load clinics has driven an increase in HIV testing – one of the major objectives in the strategy to end HIV in Victoria. VAC, in partnership with Living Positive Victoria, has implemented the EndingHIV media campaign to raise awareness that the key to ending HIV transmissions is to test more, treat early and know the risks.

In the 2014 Melbourne Gay Periodic Survey, there was an increase in gay men reporting ever having been tested for HIV with nearly nine out of ten men (87.6 percent) reporting they have been tested. The survey also found that nearly one in ten men reported having their most recent HIV test at the PRONTO! site. Removing barriers to testing is pivotal in the HIV prevention strategy and aims to decrease the number of people who are unaware of their HIV status.

“Of course any increase in notifications is concerning, but if these results are indicative of a reduction in underlying, undiagnosed HIV in the community, any result that indicates a decrease in that rate is welcome,” said Greg Carter, VAC President.

The positive impacts of an increase in testing uptake had been predicted by Associate Professor David Wilson from the Kirby Institute in a paper that examined the importance of promoting HIV testing for preventing HIV transmissions in MSM. “Increases in HIV testing rates could have substantial epidemiological consequences,” stated Associate Professor Wilson.

“It was inevitable that with increased testing we will see an increase in HIV notifications,” said Simon Ruth, VAC CEO.

“I think, as a community we ought to be prepared for further increases in the future as the rates of undiagnosed HIV are reduced through continued uptake of testing. Importantly, and most critically, now 303 Victorians living with HIV have been referred into appropriate treatment and care pathways which will give them the best chance of living well with HIV in the future.”

“At this point in the epidemic, with more tools than we have ever had before to stem the tide of continued infections, it is vital that we continue to promote testing, appropriate treatment and the importance of consistent safe sex behaviour.”