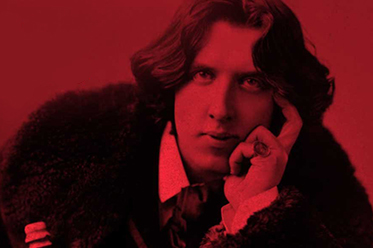 Mockingbird Theatre presents David Hare’s acclaimed drama, The Judas Kiss, a poignant and moving portrait of Oscar Wilde’s one-sided love for Lord Alfred Douglas – a love which  proved to be his salvation and destroyer alike.

It is 1895 and Oscar Wilde’s masterpiece, The Importance of Being Earnest is playing in the West End after a triumphant premiere, but already the wheels are in motion which will lead to his imprisonment, downfall and vilification. Forced to make a choice between his lover, Lord Alfred Douglas (Bosie), and his freedom, the ever-romantic Wilde embarks on a course towards self-destruction.

Therein lies the duality of The Judas Kiss which zeroes in on two pivotal moments in Wilde’s life. In the first, holed up at the Cadogan Hotel and facing arrest for gross indecency, he declines to flee to the continent.  In the second, in penurious post-prison exile in Naples, he defies an ultimatum to abandon Bosie on the very day that Bosie proceeds to desert him.

Sir David Hare is an award winning English playwright who is most notable for his stage work including Plenty, Racing Demon, Skylight, The Zinc Bed and Amy’s View. Other notable projects on stage include A Map of the World, Pravda, Murmuring Judges, The Absence of War, The Vertical Hour and The Blue Room.

Hare has also enjoyed great success with films, receiving two Academy Award nominations for Best Adapted Screenplay for writing The Hours in 2002, and The Reader in 2008. He was knighted in 1998.

Oscar Wilde was an Irish writer and poet becoming one of London’s most popular playwrights in the early 1890s. Wilde’s masterpiece, The Importance Of Being Earnest, is perhaps his best known satire on Victorian social mores; it was also to be the last published work Wilde was ever to write. Other notable works are: Salomé, Lady Windermere’s Fan, A Woman of No Importance, and An Ideal Husband as well as his only novel The Picture of Dorian Gray.

Wilde was imprisoned for  sodomy and gross indecency in 1895 and released two yeas later. He left England the day after his release for the continent where he was to spend the last three years of his life in impoverished exile. Oscar Wilde died of cerebral meningitis on 30 November 1900.