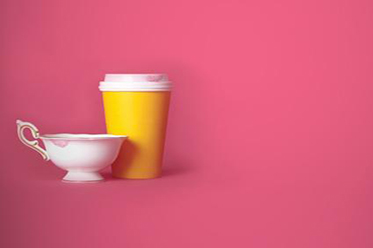 New to New York City, Sara meets Callie through a friend, but their relationship moves quickly and unexpectedly away from friendship. Caught by surprise, the conservative Callie struggles to comprehend the growing attraction, and the two circle each other warily, willing the other to make the first move.

When the long awaited moment comes and they kiss for the first time on the streets of New York’s West Village, it prompts a devastating act of violence. With Sara hospitalised and comatose, this apparent ‘gay-bashing’ is thrown under the full limelight of the media, which in turn places the women’s fledgling relationship under scrutiny from their puzzled friends and family.

An official 2014 Sydney Gay & Lesbian Mardi Gras event, Stop Kiss will be directed by Sydney Theatre Award winning director Anthony Skuse (On the Shore of the Wide World, Punk Rock), with the cast will be led by Olivia Stambouliah (Packed to the Rafters, Frankenstein) and Gabrielle Scawthorn (The Killing Field, Deadly Women) as the two women at a crossroads.

Stop Kiss will also feature WAAPA graduate Aaron Tsindos, who recently won Best Actor (shared with co-star and director Mathew Hardie) for his role in the controversial Tropfest winning short film Bamboozled. Ben McIvor returns to the Sydney stage after his work in The Great Gatsby and the national tour of Warhorse; rounding out the cast will be Robert Jago (Macbeth, All Saints); Suzanne Pereira (who also serves as Associate Director) and recent ACA graduate Kate Fraser (Starlight Stories).

Anthony Skuse, fresh off the back of a sell out season of On the Shore of the Wide World at Griffin in January, is excited to bring Stop Kiss to a Sydney audience. “What a pleasure to be able to bring together this fantastic group of young artists who are all so passionate about this play. The old ‘girl-meets-girl’ story has been infused with the pace and humour of HBO’s Girls, and the result is electric.”