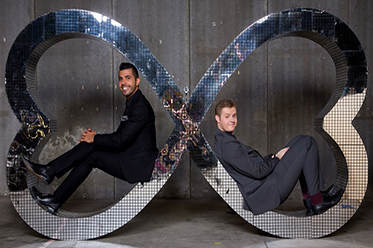 The exclusive broadcast will include the best of the spectacular floats and costumes in the parade with commentary from Tom, Pat and Heather as well as a variety of feature reports and interviews with celebrity VIPs and participants involved in the three week Mardi Gras celebration.

Highlights include interviews with this year’s Ambassador Courtney Act, and People With Disability Ambassador Steven Ridley. World News Australia’s Anton Enus will also present a special report on local and international news stories from the past year affecting LGBTQI communities.

In the lead up to the Sydney Gay and Lesbian Mardi Gras, SBS will proudly fly the rainbow flag, presenting a series of LGBTQI programs in celebration of Australia’s iconic cultural event. SBS 2’s flagship news and current affairs program The Feed will cover a Mardi Gras focussed story each week.

SBS 2 will also feature a collection of LGBTQI films including Bi-Curious Me, Interior, Leather Bar 3, and Weekend. Saturday nights will continue to remain fierce and feisty with the All Star season of RuPaul’s Drag Race.

On the eve of the most fabulous event on the LGBTQI calendar, World Movies will present two films that celebrate the joys of queer sexuality from 9.30pm on Friday 28 February. Discover the depths of dangerous affairs in the award-winning psychological suspense drama Stranger By The Lake, while a hotel room in the centre of Rome serves as the setting for two young and recently acquainted women to have a physical adventure that touches their very souls in Room in Rome.