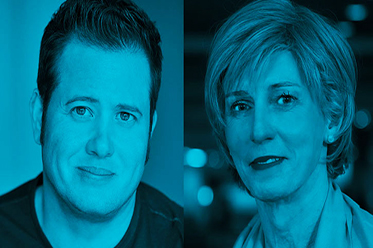 Chaz Bono is an author and LGBTQI activist who became America’s darling as a little girl called Chastity on the Sonny and Cher Show in the 1970s, before campaigning for equality and social justice as a lesbian in the 1990s.

In 2009, Chaz courageously began living as man under intense media scrutiny, in the process becoming a champion for transgender rights by sharing his incredible personal story through two bestselling books and documentaries.

Cate McGregor AM is speechwriter to Australia’s Chief of Army, a personal friend of Prime Minister Tony Abbott and a leading cricket commentator, author and public speaker whose remarkable CV includes a stint as Chief of Staff to former NSW Premier, the Honourable Bob Carr.

In 2012, Cate declared her intention to live as a woman in the face of unconscionable personal attacks from hard line conservatives. With the support of the Australian Army, she continued her military career.

Join Dr Elizabeth Riley as she explores and celebrates the remarkable lives of two Transgender Trailblazers who truly embody the courage of the human spirit.