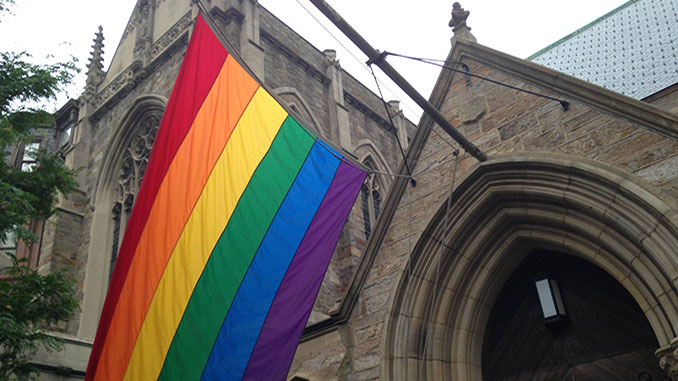 LGBTIQ+ people will be better protected from discrimination in schools and employment under new legislation to be introduced by the Andrews Labor Government later this year.

The planned reforms will strike a balance between freedom of religion, and equality for the LGBTIQ+ community.

“People shouldn’t have to hide who they are to keep their job. We’re closing this unfair, hurtful gap in our laws so that Victoria’s LGBTIQ+ community won’t have to pretend to be someone they’re not, just to do the job they love,” said Attorney-General Jaclyn Symes.

“These laws strike the right balance between protecting the LGBTIQ+ community from discrimination and supporting the fundamental rights of religious bodies and schools to practice their faith.”

Currently, religious organisations and schools can sack or refuse to hire LGBTQ+ people based on their sexual orientation or gender identity, where this is incompatible with the religious beliefs practiced by that school or body.

The reforms will narrow these exceptions, making it unlawful for religious bodies and schools to discriminate against an employee because of their sexual orientation, gender identity, marital status or other protected attribute.

Previous protections for LGBTQ+ people against employment discrimination were removed by the former Liberal Government in 2011, allowing religious schools to freely discriminate when hiring and firing staff and leaving Victoria’s laws out of step with other parts of the country.

This has left some teachers and other employees at religious schools in fear of being outed to their employers, potentially risking their livelihoods.

Religious organisations and schools will be able to make employment decisions based on an employee’s religious beliefs where these are critical to the job, such as a religious studies teacher.

There will be no impact on schools’ ability to convey their religious beliefs to students – and where appropriate, hire staff based on the person’s beliefs.

Additionally, the reforms will mean religious bodies that receive government funding to provide services will also not be able to refuse to provide those services to people based on their sexual orientation or gender identity.

The reforms will bring Victoria up to speed with other states such as Tasmania where similar legislation has been in place for several years and has improved employment opportunities, job security and inclusiveness.

The Government will consult with LGBTIQ+ groups, education bodies and faith-based groups to ensure the legislation strikes a fair balance between competing rights.

For more information about the reforms and upcoming consultations, visit: justice.vic.gov.au for details.

Image: Rainbow Flag outside a Church