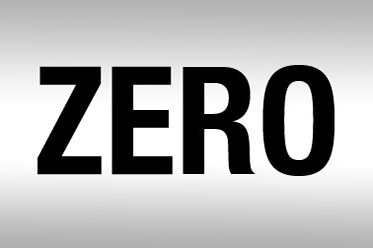 HIV experts are hailing the results of a new study which shows that people with HIV who have an undetectable viral load as a result of antiretroviral treatment (ART) have a practically ‘zero’ chance of passing on the virus to a sexual partner. European researchers have made the announcement at the Conference on Retroviruses and Opportunistic Infections in Boston.

The research comes from the first two years of the PARTNER study which involves 1110 serodiscordant couples, where one partner is HIV positive and the other is HIV negative.

While the couples participating in the study are a mix of both gay and straight, all the HIV positive partners are on ART, a medicine which reduces traces of the HIV virus in the body to undetectable levels.

A previous study, HPTN 052, established similar results several years ago but focussed mainly on straight couples. The PARTNER study was designed to investigate the effectiveness of ART among gay couples as well. Nearly 40% of PARTNER study participants are gay.

“While we’ve known for some time that HIV treatment can be used as a method of HIV prevention, this new research is the strongest indication yet about the effectiveness of anti-retroviral treatment and the role it has to play in ending HIV transmission,” says ACON CEO Nicolas Parkhill.

“One of the three pillars of the NSW Government’s ground-breaking HIV Strategy – which seeks to end HIV transmission in NSW by 2020 – is to get people with HIV on to treatment as soon as possible.”

“Contemporary anti-retroviral treatment not only has significant health benefits for people with HIV, but, as this new research now largely confirms, it reduces the likelihood of passing on the virus to practically zero.”

“While this is great news for people with HIV and their partners, it’s also important to note that this is still only an interim result, and while promising, is still not definitive.”

“Alongside the PARTNER study, Australia’s Kirby Institute is conducting a similar study called Opposites Attract and we need to wait until the results are in from both studies before making any final conclusions.”

“However, once people are diagnosed with HIV, we encourage them to consider the obvious benefits of treatment and then make a choice that is in the best interests of themselves and their partners.”

“We also encourage the Federal Government to consider the implications of this research in the development of its 7th National HIV Strategy. It is critical that this evidence informs Australia’s response to HIV and that we mobilise our efforts around the opportunities that this important research provides.”