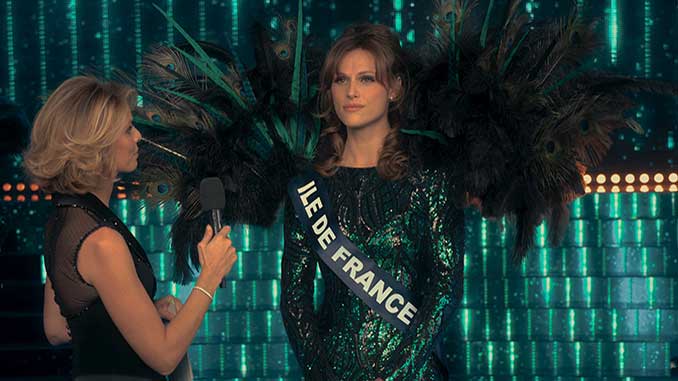 The new film by Ruben Alves (The Gilded Cage) is a feel-good story about overcoming hardship and prejudice, with a fun and light-hearted commentary on how attitudes towards gender are shaped. It is the best kind of thought-provoking film: one that is celebratory and joyful.

Ever since childhood Alex (Alexandre Wetter) had wanted to enter the annual Miss France beauty pageant, despite being a boy. However, adolescence was not kind and Alex suffered huge blows to his self-esteem.

When an unexpected encounter allows Alex to once more pursue his dreams, he does everything he can to transcend the traditional binary gender definitions that threaten to hold him back.

With a screenplay by Ruben Alves and Elodie Name, Miss features Alexandre Wetter, Pascoe Arbillot, Isabelle Nanty, Thibault De Montalembert and Stéfi Celma. Miss is the first major acting role for Wetter, a model who has made a career out of defying gender norms.

Wetter’s personal journey makes them the perfect person to play Alex in this inspirational film that inspires us to rethink the status quo.

“… a smart popular comedy, a story of self-accomplishment set against the hope for a freer, less binary society.” – Cineuropa

Following its premiere at the 2021 Alliance Francaise French Film Festival, Miss screens in slected cinemas across Australia. For more information and screening locations and dates, visit: www.limelightdistribution.co.nz for details. Checkout the trailer here!