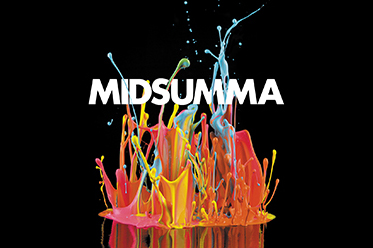 Changes this year include moving the Midsumma Carnival, a community day for the GLBTIQ and mainstream community, back to Alexandra Gardens and making the popular T Dance party free for everyone.

Midsumma Chair Aaron Hockly says Midsumma is a celebration of the GLBTIQ arts and culture but is open to anyone who supports and respects the people who identify as gay, lesbian, bisexual, transsexual, intersex or queer.

“Midsumma is a true celebration and showcase of the talent that exists within the GLBTIQ community and a chance to understand the diversity of Melbourne that truly makes it one of the best places to live,” said Aaron.

“We are excited by this year’s program and are looking forward to keeping Melbourne busy during January. I encourage everyone, regardless of whether you are GLBTIQ or straight to join in.”

The Midsumma Festival attracts over 180,000 attendees across three weeks, drawing in visitors from regional Victoria, interstate and internationally. The Festival is a key part of Melbourne’s art and festival calendar and is recognised as an international GLBTIQ event. Around half of those attending Midsumma events identify as straight, making the festival truly inclusive.

For more information and view the full program, visit: www.midsumma.org.au for details.