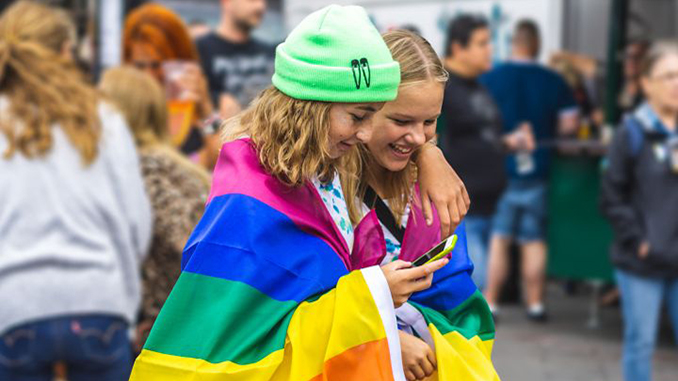 The majority of LGBTQA+ youth feel supported by friends, but more needs to be done to ensure their safety and to improve mental health outcomes, according to Australia’s largest national survey of their health and wellbeing.

The Writing Themselves in 4 national report was conducted by the Australian Research Centre in Sex, Health and Society (ARCSHS) at La Trobe University, with support from Rainbow Health Victoria and Rainbow Network.

The survey was conducted in 2019 and asked 6,418 LGBTQA+ people aged 14 to 21 about their experiences with education, homelessness, harassment, assault, mental health, community connections and more.

Findings from the report include:

“Every young person deserves to live free from harassment and exclusion, but as this report and many previous reports make clear, LGBTQA+ young people continue to experience hostility in public, in their homes, on the sports field and at school,” said Associate Professor Bourne. “We have to recognise that context as we reflect upon the very high rates of poor mental health that we documented.”

“The creativity and commitment to community of LGBTQA+ young people should be celebrated and admired, and ought to form the foundation for any programs addressing the hostile environment they often face.”

“It’s important to understand what drives these poor experiences and outcomes, to prevent harm before it occurs. We need to build on existing efforts, work toward greater coordination and build the strategic vision necessary to drive home generational change,” said Marina Carman.

Associate Professor Bourne thanked the thousands of young people who completed the Writing Themselves In 4 survey and generously provided a glimpse into their lives and experiences.

“We now have a mass of information which is providing a vital resource for those working to improve health and wellbeing outcomes for LGBTQA+ young people throughout Australia.”

This is the fourth Writing Themselves In 4 report, following surveys conducted in 1998, 2005 and 2010. Each survey asks different questions and aims to provide a snapshot of the community at that time.

Writing Themselves in 4 was funded by the Victorian Department of Premier and Cabinet, the New South Wales Department of Health, the Australian Capital Territory Government Office for LGBTIQ+ Affairs and SHINE SA, with support from the Office of the Chief Psychiatrist in South Australia. For more information, visit: www.latrobe.edu.au for details.