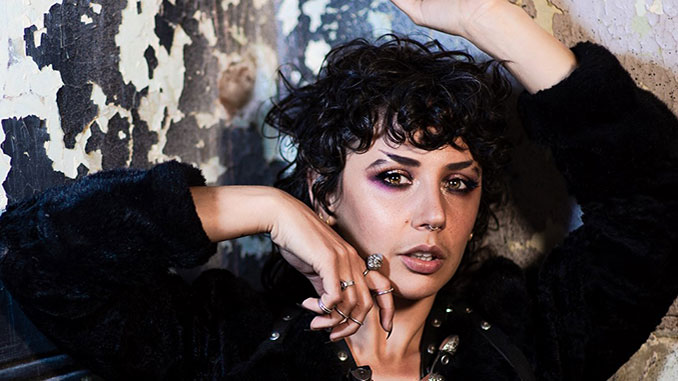 Premiering at La Mama’s Courthouse Theatre as a part of the 2021 Midsumma Festival, William Hinz’s Guerilla Sabbath is a call to arms for the ongoing discussions around whose stories we tell, who tells them, and how ready we are to listen.

In a universe beside our own, a coven of transcendent, time travelling witches wage war to restore forgotten queer histories. But having recently lost two of their own, the coven is in dire need of replacements, a privilege granted by law to their two youngest initiatives.

As they desperately seek to maintain balance within their ranks and focus on the larger task at hand, the coven starts to fracture as tempers flare, threatening to destroy the delicate fabric of their existence and mission.

Questions begin to rise about the privilege of their power, the power of their history, and the morality of their neutrality in remembering and archiving those erased by time.

An epic lyrical and theatrical exploration of these forgotten histories, Guerilla Sabbath is a fantastical reimagining of what they might have looked and sounded like. It is both a reclamation of the narrative that’s been lost, and an aggressive exposé on the fallacy of the one we’ve been given.

As a beneficiary of the stART Grant Program, Guerilla Sabbath underwent development at Playlab Theatre in 2020, and will debut as the new play by Orloff Family Trust recipient William Hinz – featuring an ensemble of some of Melbourne’s most exciting breakout performers.