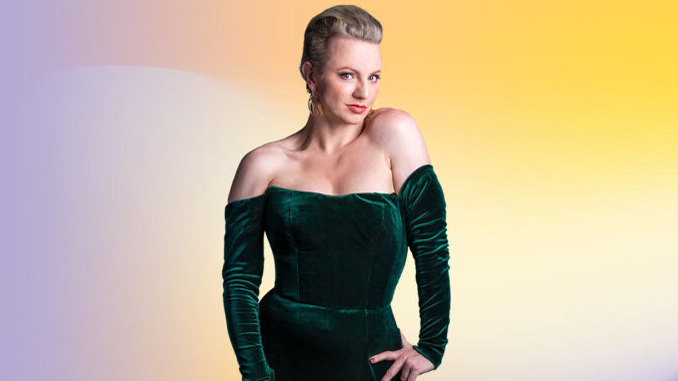 Finally making its long-awaited world premiere after being shutdown by the pandemic in 2020, Queensland Theatre presents the world premiere of Triple X, written by and starring acclaimed New York­ based Australian performer and playwright, Glace Chase, at the Bille Brown Theatre from 6 March 2021.

Scotty has it all: a multi-million-dollar loft in downtown Manhattan, a high-flying Wall Street job and he’s about to marry the perfect fiancée, who also happens to be loaded. But when he meets trans performance artist Dexie, he discovers he wants something more. A friend? A confidante? A lover?

When the secret of their affair gets out, it’s sure to shock not only his dude-bro Jase, his highly-strung mother Deb and his lesbian activist sister Claire, but also a theatre audience strapped in for the ride of their lives.

From the wickedly funny pen of Glace Chase, this play is hilarious, honest and an emotionally affecting look at entitlement, hypocrisy and the realities of love. And it features one of the most eye-popping sex scenes in recent theatre history. It’s all a bit Triple X.

“Whilst the concept of ‘trans’ has finally hit the mainstream over the last few years, the next big story to be told is trans in love,” said Chase. “I think very few people have any concept of what  a romantic relationship  looks like between a trans person and those interested in them.

“It’s a unique story and it’s mainly from the point of view of the straight guy who is romantically interested in a trans woman. We’ve never seen something (empathetically) explore what he and they go through. I think the general public still struggles to fully understand the trans experience, but I think they want to. Hopefully this will help.”

“In my world, people speak and act like this. I understand that it might be shocking for some, but you can’t unlink explicit sexuality from the romantic reality of many trans people’s lives. We so often exist in the shadows. I wanted to be brutally honest and make people experience what it’s like from the inside,” explains the two-time Griffin Award winner.

Triple X also stars Josh Mcconville (Top End Wedding, STC’s Cat on a Hot Tim Roof) as Scotty; Queensland Theatre multi-award winners Christen O’Leary (Antigone, Mouthpiece) as Scotty’s mum, Deb; and Elijah Williams (in his Queensland Theatre debut) as his best mate, Jase. Also making her debut with the Company is Contessa Treffone (STC’s Lord of the Flies and The Harp in the South) in the role of Scotty’s sister, Claire.

Whilst the story is Chase’s own and has earned her international recognition as a 2021 finalist in the prestigious Susan Smith Blackburn Prize for women playwrights, she freely admits Triple X would not have made it to the stage without the unwavering dramaturgical and personal support of Director, Paige Rattray (Belvoir’s Fan Girls).

“Glace is one of the most entertaining but also profound writers I’ve worked with. It can be an unusual combination; often comedy can overtake tragedy or vice versa. Glace rides this wave expertly in Triple X,” says Rattray.

“I think only someone with Glace’s lived experience would be able to navigate that trickiness within this particular narrative. The toxic masculinity, examination of societal ‘norms’, gender politics and love; it’s all woven together expertly. Working with Glace on this play has definitely changed the way I think about the world and I feel very lucky.”

For Lee Lewis, Artistic Director of Queensland Theatre, being able to see Chase take that curtain call on Opening Night will be the happy ending to a 12-month rollercoaster no one imagined when she joined the Company in 2020.

“We had two enormously successful preview performances. Then horribly, I had to gather the cast, creatives and crew and share the awful news that the production was shutting down. It was one of the most difficult, dreadful moments of my career,” she said.

“To have this story, such an important and vital play for our times, not proceed was devasting. The silver lining, while I was so new to the Queensland Theatre community, was witnessing the extraordinary generosity from our audience. They were the shining light in dark times.”

“COVID-19 continues to be so unpredictable, so to finally see Triple X back on the Bille Brown Theatre stage will be a joyous moment for audiences as much as the artists – I simply can’t wait,” said Lewis.

Billed as the first trans love story on the Australian mainstage, it’s not often a piece of work comes along that threatens to completely challenge society’s perception of love, but that’s exactly what Triple X is set to do.