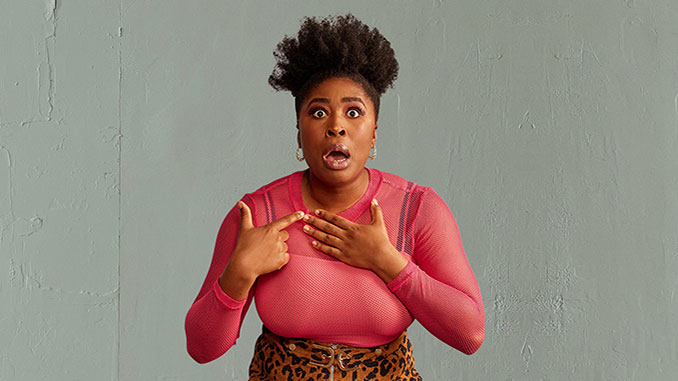 Belvoir will bring the award-winning, smash-hit Australian musical FANGIRLS back for a much-anticipated return season; rocking the Seymour Centre stage from 30 January – 20 February 2021, before heading to Adelaide, Wollongong and Canberra.

With music, book and lyrics by superb young talent Yve Blake and direction by Paige Rattray (STC’s The Beauty Queen of Leenane), FANGIRLS returns after a sell-out debut season, winning Best Production of a Mainstage Musical at the Sydney Theatre Awards and Best Musical or Cabaret at Queensland’s Matilda Awards.

“We always knew FANGIRLS was a special show with a life of its own, and not even COVID was going to stop it,” said Eamon Flack, Belvoir Artistic Director. “It’s back with more cast members, and a few new surprises in the story.”

“This is its second season but it’s really just getting started. Who knows where it’ll go in the years to come? Get in now and you can say you saw it when it was new!”

Part concert and part musical, FANGIRLS follows fourteen-year-old Edna, who’s head over heels in love with Harry – he’s beautiful, talented, perfect. But he’s also the face of ‘True Connection’ – the world’s biggest boy band. And getting his attention will stretch the resources of anyone – even someone as clever and resourceful as Edna.

This season of FANGIRLS sees a bigger cast take to the stage, with the triumphant return of Aydan (Channel 9’s The Voice) as Harry, James Majoos (MTC’s Vivid White), Chika Ikogwe (The Wolves) and Ayesha Madon (Australian Shakespeare Company’s Romeo and Juliet).

They are joined by the addition of new cast members Shubshri Kandiah (Disney’s Australian tour of Aladdin), Danielle Barnes (Priscilla, Queen of the Desert, The Boy From Oz, Beauty and the Beast), Tomáš Kantor and Shannen Alyce Quan as swings and Karis Oka (Australian/NZ production of SIX), starring in the lead role of Edna.

“In 2019, our audiences responded like they were at a raucous concert, and after 2020, I’m so, so ready for the adrenaline hit of this show,” said Composer and playwright Yve Blake. “If you saw the show last time, then you’re in for some new surprises, and you certainly are not ready for what Karis and our new cast bring to it. It’s truly FANGIRLS 2.0.”

“Fangirls is a brilliant, sparkling new Australian musical about young women coming into their power that will have you swapping stories of first concerts and first crushes, and humming the tunes all the way home.” – Limelight

Note: FANGIRLS is a co-production with Queensland Theatre and Brisbane Festival, in association with Australian Theatre for Young People (ATYP).