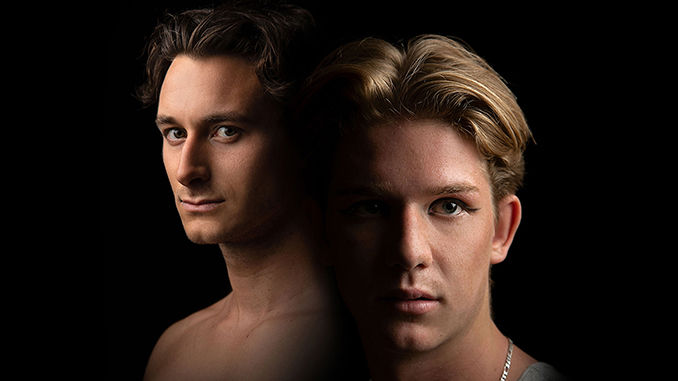 After a sell-out season during Mardi Gras, the award-winning Australian comedy FAG/STAG finds a new home for a lightning return season!

Fag/Stag follows the lives of two twenty-something guys – one gay, one straight – as they navigate their sex lives, friendship and ongoing first world problems.

Corgan and Jimmy are BFFs. Their lives are filled by Tinder, Grindr, white lies, big nights and too many pints. Lawn bowls, Donkey Kong, wiping vomit into the shower drain. Unanswered texts, bad sex, moving back in with Mum and Dad.

In the month preceding the wedding of Corgan’s ex-girlfriend the two struggle to get their life in gear enough to even hire a suit. FAG/STAG asks what it means to have a best mate when you’re stuck being your worst self.

First performed in Sydney 3 years ago, the play toured to the Edinburgh Fringe Festival where it won great praise. Directed by Les Solomon, FAG/STAG features Ryan Panizza – making his professional debut – and Samson Alston (The Credeaux Canvas, The Shape of Things), this odd couple of characters deliver a wild night of fun!

“A truthful and comic insight into the mind of the modern man… laugh-out-loud funny, at other moments truly sad, we are left cheering. Highly recommended.” – Edinburgh Fringe