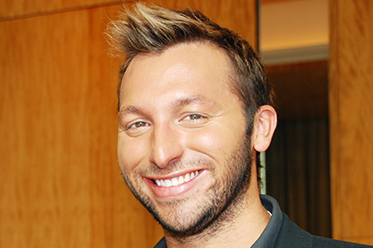 In his unassuming way, Ian Thorpe is probably quite accustomed to making history. His swag of Olympic medals and world records makes him Australia’s most successful swimmer. Last night, when he told interviewer Michael Parkinson he is a gay man, he made another kind of history – by becoming the most high-profile gay sporting figure in Australia.

As a 31-year old man, Thorpe would have seen significant changes in attitudes towards homosexuality over the course of his life. During his interview with Parkinson, he spoke of the casual homophobia that existed at his all-male high school and the impact that this had on him as a young man. He also spoke of being the target of homophobic verbal abuse – well before he identified as gay.

Thorpe’s public announcement last night that he is a gay man suggests he believes that Australian society has evolved considerably in recent years.

Perhaps the Twitter comment by conservative politician Reverend Fred Nile, famous for praying for the Sydney Mardi Gras to be rained out in the 1980s, stating simply, “You are champion, that is all that matters,” indicates he is correct.

Do openly homosexual public figures matter?
Along with a team of other academic researchers and the National Library of Australia, I am involved with the Australian Lesbian and Gay Life Stories oral history project. We are interviewing 60 gay men and lesbian women across Australia in order to investigate what it has been like to live a gay or lesbian life at a time when social attitudes towards homosexuality have shifted significantly.

As the interviews progress, we have come to realise just how important openly homosexual public figures have been for many of the gay men and lesbian women we have spoken to.

Many older Australians, particularly those born before the 1940s, have described growing up feeling isolated, with homosexuality being largely hidden from public view. When asked about the biggest changes that they have witnessed in their life with regard to homosexuality, almost all of these interviewees mention the growing number of public figures who are prepared to identify as gay or lesbian and the growing inclusion of homosexuality across popular culture.

Generational change
Those participants born after the 1960s have come of age at a time when there has been a dramatic growth in the visibility of lesbian and gay people in popular culture.

A significant number of lesbian interviewees, including those in rural towns, made reference to the public coming-out of Ellen DeGeneres in 1997 and her continued popularity among mainstream television audiences as being important in increasing social acceptance of homosexuality.

The younger participants we have interviewed, particularly those born in the 1990s, have brought a very different understanding to the project.

While it is important to note that homophobia is still a force in Australian society, Australians born after 1984 have come of age at a time when there are considerable numbers of publicly open gay and lesbian public figures. Furthermore, the internet has allowed for easy connection to a global gay and lesbian culture.

Indeed, many of our younger participants tell us that they were aware of gay and lesbian celebrities before they ever met a gay or lesbian in their daily life.

What has been particularly interesting to hear from many younger participants has been the way that being aware of gay and lesbian public figures has made their life course easier. The sense of isolation that marked the adolescence of many gay or lesbian people growing up in the 1950s has been supplanted to an extent with the understanding that it is possible to live an open and happy gay or lesbian life.

While the interviews we have conducted appear to suggest that Australian attitudes towards homosexuality have evolved rapidly and positively over the past 30 years, it is evident that the journey has not always been easy for many lesbian and gay individuals and that homophobia is still a problem for many.

Thorpe’s world
As a man born in New South Wales in 1982, Ian Thorpe started life at a time when sexual intercourse between men was still criminalised.

Before he started training with his first swimming squad, the HIV/AIDS epidemic increased homophobia among some segments of Australian society. As his profile increased as a teenager, and before he was even aware of his own sexuality, he faced continued invasive and inappropriate homophobic questioning. Thorpe’s decision to come out last night will do at least two things.

First, young Australians now growing up will see the further dismantling of homophobic stereotypes surrounding gay and lesbian people. Ian Thorpe, long considered one of Australia’s most popular and iconic heroes, is probably the most famous Australian to identify as a gay man.

Secondly, his visibility will challenge homophobia in the sporting arena, which long has had a reputation for problematic attitudes towards gay and lesbian people.

Although Ian Thorpe’s decision to come out publicly was clearly not an easy one for him to make, his decision marks a milestone, not only for him on a personal level but also for Australia. His announcement reveals a personal comfort with his sexuality. Let’s hope that this comfort is also reflected across the nation and that together we can recognise the rich contribution of gay and lesbian citizens to our public life.

Do openly gay public figures like Ian Thorpe matter? They sure do
By Shirleene Robinson – receives funding from the Australian Research Council for a Linkage Grant on “Australian Lesbian and Gay Life Stories”.

See also: Homophobia is a health hazard, not just for Ian Thorpe