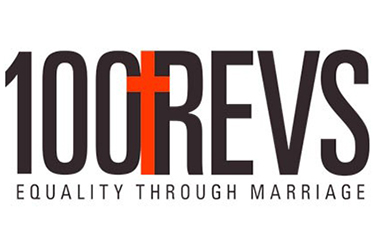 Clergy from different religious denominations will march in this year’s Mardi Gras Parade under the banner “Equality through Marriage”.

The group organising the parade contingent, 100 Revs was formed in 2008 when over 100 ministers signed an apology for the failure of the church to show Christ’s love to lesbian, gay, bisexual, transgender and intersex (LGBTI) people.

“Ministers from across denominations and across the country are marching with us, including from the Anglican, Baptist, Uniting and Pentecostal churches. Many clergy have also signed our statement in support of marriage equality including the Anglican Bishop of Gippsland, Rt Rev, John McIntyre.”

“Beyond the issue of marriage equality, we believe that LGBTI people need to hear the message of God’s Love, free from prejudice and discrimination that has wrongly and too often been associated with that message.”

“Accordingly, we as leaders in our respective denominations want to take a positive stand against the stigma and fear created by some Christian ministers, churches, Christian political parties and politicians.”

“100 Revs wants all Churches to be welcoming for everyone, and to consign to history those unloving and sometimes hateful attitudes that misrepresent the teachings of Jesus.”

Rev Glover said ministers from conservative denominations who support marriage equality, including himself, have suffered criticism and negative consequences for their stand.

“We believe that to say nothing is to be complicit in a campaign of fear mongering and demonising of LGBTI people,” Rev Glover concluded.