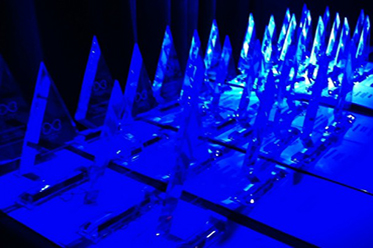 The night kicked off with thank you drinks for the incredible volunteers who make Mardi Gras a reality, and the announcement of the workforce awards including Trudy Sumner as Volunteer of the Year.

Then the night rolled on with Fair Day, Festival and Parade awards, including the inaugural Ron Austin Award for Most Fabulous Parade Entry, which went to the unforgettable Tina and her Turners. This award has been named in honour of Ron’s role as one of the pioneers of Sydney Gay and Lesbian Mardi Gras.

Performances by Jag-B featuring Gemma Wood and special guest Matt Mitcham rounded out a fantastic night celebrating the passion, creativity and dedication of the many people and organisations who made Sydney Gay and Lesbian Mardi Gras 2014 burst with all the colours of the kaleidoscope.

The 2014 Mardi Gras Award Winners are:

Congratulations to all Award Winners. For more information, visit: www.mardigras.org.au for details.